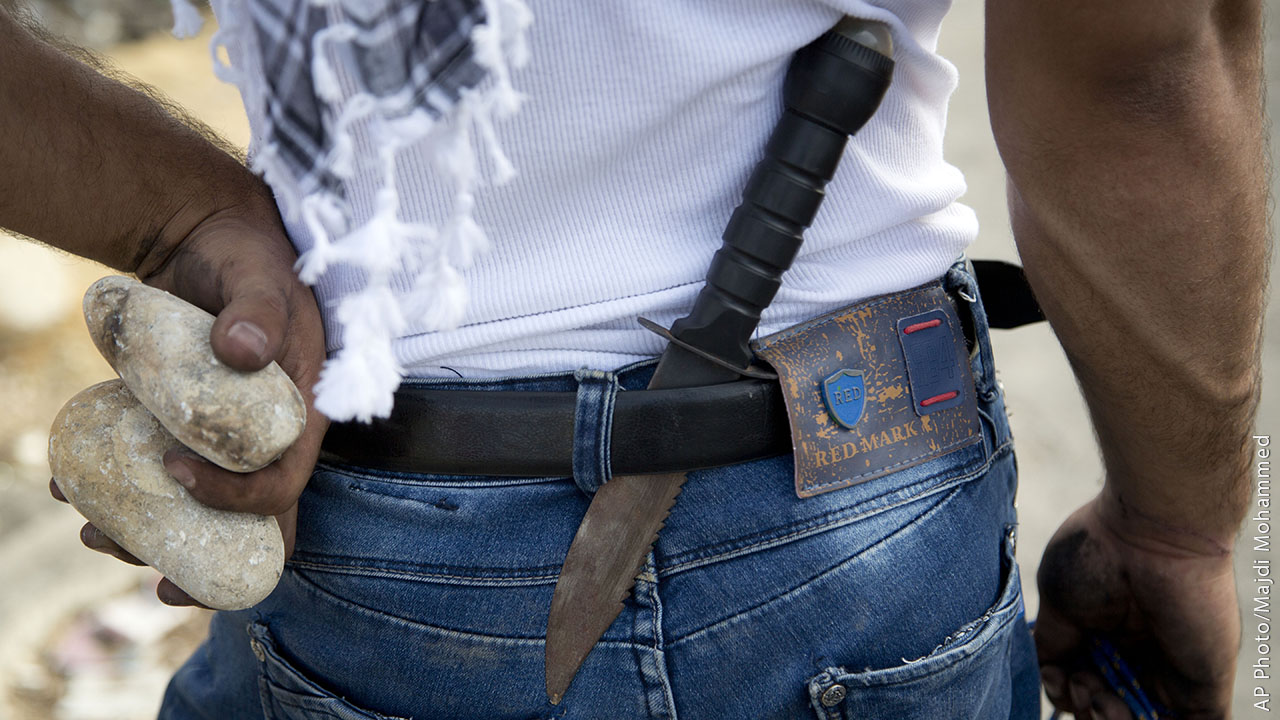 There is incitement that is done by the [Palestinian] leadership and you see it in the Palestinian media. Other than that I don’t see a source that is guiding the terrorism.

The latest wave of Palestinian violence against Jews is something new, an insidious wave of seemingly un-orchestrated attacks, perpetrated by unlikely assailants, and generally untraceable to any particular organization. They were also characterized by brutality, viciousness and randomness, and the purposeful use of the knife, to drive home the intent of bringing a new and unrelenting wave of slaughter to the Jews; a message to all Israelis that neither they, nor their children, will ever be able to live in this land in peace.

As this document will show, the Palestinian president and those under his authority are indeed instructing young Palestinians what to do. Not sending them into battle as soldiers, but goading them into action through deliberate messaging, distortion and fabrication, sometimes stated openly by senior Palestinian officials, but mostly insidiously, aimed at keeping the conflict alive and portraying the Palestinians as the victims in a whitewash of terror.

There is a guiding hand in all this, the Palestinian Authority and the Palestinian faction that leads it, Fatah. What is being witnessed today is the end-game of a strategy adopted by Fatah in 2009 and culminating in Mahmoud Abbas’ speech to the UN General Assembly on September 30, 2015, when he announced that the Palestinians are no longer bound by the Oslo (peace) Accords.

A television broadcast that sends a youth on his/her mission of death is part of a carefully calibrated policy of incitement and cynicism, which has brought the Israeli-Palestinian conflict to a new level, one that generates terror without fingerprints, but which adroitly serves Fatah’s strategy of an endless war of attrition, by varying means, against Israel.

While the current wave of violence has succeeded in placing the Palestinian issue back on the international agenda to some degree, it has lost the Palestinians a valuable asset: the Israeli political center. Israelis have lost trust in the Palestinians and their leaders, even those Israelis who believe that Israel should relinquish the territories as part of a peace agreement between the sides.

No society can live in fear and with anarchy at its doorstep, where suspicion lurks at every turn.

And no society can live with and tolerate the hatred being spewed against them, via social media and other means, with calumnies and lies reminiscent of the dark days that led to even darker days in the not-too-distant past of the Jewish people.

Israel will learn and adapt to this new situation as it has done in the past. The question is whether the Palestinian leadership will do the same and come around to understanding that the monster they have created, a generation of children led to believe in the culture of death, is not in their own best interest.

Israel can control the damage, but only Fatah and the PA can end it, and it is they, the Palestinian leadership, who have to do so if the path to negotiation and conciliation is to be opened again, and this endless and senseless wave of violence extinguished.

Hirsh Goodman established the program on media strategy at the Institute for National Security Studies at Tel Aviv University. He was a former military correspondent for the Jerusalem Post, editor-in-chief of The Jerusalem Report and a strategic fellow at the Washington Institute for Near East Policy.
View all posts by Hirsh Goodman

Executive Summary
The Knife and the Message:
The First 100 Days of the New Palestinian Uprising
(October 2015 – January 2016)

The Palestinian Knife Campaign:
A Policy of Limited Liability

Incitement on Social Media:
The Fuel and Detonator of Palestinian Violence

Palestinian Authority Funding to Terrorists and their Families

Breakdown: The Stabbers and the Message that Motivates Them