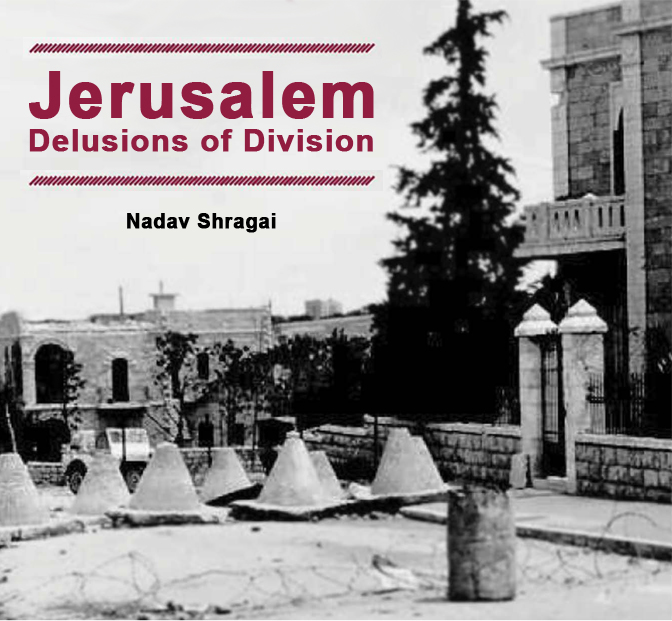 A. The Existing Law

According to existing Israeli law, and in line with Israeli Basic Law: Referendum that was passed on March 12, 2014, territories that are under Israeli sovereignty cannot be transferred to a foreign body unless the Knesset approves doing so with a majority of at least 80 Knesset members, that is, two-thirds of the MKs. Given the fact that, in the fall of 1967, Israel applied its sovereignty to the territory of united and expanded Jerusalem, Basic Law: Referendum pertains to Jerusalem as well.

The wording of the law, which is a protected Basic Law and can be changed only by an absolute majority of MKs (61 in number), is as follows:

Even before this law was passed, territories of the state of Israel that were within Jerusalem, like any other location in Israel where “Israeli law, jurisdiction, and administrative authority” applied, could not be ceded without a government decision that was approved by a majority of MKs. This stemmed from the general constitutional law of the state, and as the jurist Dr. Shmuel Berkovitz noted, from Article 6 of Basic Law: Jerusalem, Capital of Israel. That law, which the Knesset passed back in July 1980, determines among other things:

No authority that is stipulated in the law of the State of Israel or of the Jerusalem Municipality may be transfered either permanently or for an allotted period of time to a foreign body, whether political, governmental or to any other similar type of foreign body.

It follows, then, that Basic Law: Referendum, passed in 2014, even further limits the Knesset’s capacity to cede territories in Jerusalem since it mandates a two-thirds majority of its members for that purpose. At the same time, this law created a possibility of legislating a decision of this kind by the entire population of the state of Israel, Jews and Arabs alike, by a regular majority.

B. A Report by the Legal Scholars of the Jerusalem Institute for Israel Studies

A background paper prepared by the Jerusalem Institute for Israel Studies for the 2007 Annapolis Conference – after which Prime Minister Ehud Olmert presented PA Chairman Mahmoud Abbas with a proposal for the division of Jerusalem – explored different aspects of “separation from Arab neighborhoods of Jerusalem.” The report was circulated and drew media publicity. Its main conclusions were also set forth by its authors at a conference held by the institute. Among the aspects considered was the legal one. Accompanying the team in its work was international law expert Prof. Ruth Lapidot. Two of the chapters dealing with legal issues were written, respectively, by Dr. Robbie Sabel, an international law expert and former legal adviser to the Foreign Ministry, and Gilad Noam, a doctoral student in law at the Hebrew University. The following are these two authors’ main conclusions:

An additional chapter by Moshe Hirsh and Ruth Lapidot discusses the fate of the social rights when there is a transfer of territory or an exchange of territories, along with options concerning residency-based social rights and benefits. This discussion, which the authors characterize as an inquiry that is still at an intermediate stage, raises some possibilities for “compensation” of the residents whose rights would be violated by the transfer of the territory. One possibility is to create a link between the length of time for which the residents were entitled to the various benefits and the extent of the benefits in the future. Another is to link the extent of the future rights and the length of time for which the residents made mandatory payments connected with the relevant right. A further possibility is to convert future payments and other rights to one-time payments; or, to transfer the obligation to provide social rights and medical treatment to a different institution. The cost of “compensation” of this kind was not considered, however.

C. The State of Israel’s Legal Rights to Jerusalem2

The late British historian Sir Martin Gilbert once remarked that Jerusalem is regarded as a microcosm of the Jewish historical rights to the Land of Israel. Israel not only based these rights in Jerusalem on religious and historical connections but also on an act of legislation and an explicit legal doctrine. Immediately after the Six-Day War, the Knesset passed the Law and Administration Ordinance (Amendment No. 11) (5727-1967). The law stipulated that “The law, jurisdiction and administration of the State shall extend to any area of Eretz Israel designated by the Government by order.” On June 27 an order was published that extended the state of Israel’s law, jurisdiction, and administration to united Jerusalem including the eastern part of the city.

Thirteen years later the Knesset passed the Basic Law: Jerusalem, Capital of Israel, which prohibited the transfer of any form of governmental or municipal authority pertaining to Jerusalem to any foreign body.3

Whoever seeks today to turn back the clock, divide Jerusalem, and unravel those measures of unification, on the legal level as well, renounces the legal-historical basis and rights on which the act of unification in 1967 was grounded. Not only, therefore, must the legal feasibility of a division be weighed by the decision-makers and the public, but also the legal rights of Israel to Jerusalem, rights that possess their own validity.

Those rights constituted the basis for the measures of legal unification that Israel enacted in 1967. The main points have been presented more elaborately by other authors (particularly Prof. Ruth Lapidot, Supreme Court Justice Haim Cohn, Dr. Dore Gold, and Attorney Dr. Shmuel Berkovitz). The following is a brief summary of these postulations:

Does the fact that Israeli governments (specifically the Barak government and the Olmert government) have already negotiated over the division of Jerusalem affect Israel’s legal rights to Jerusalem and perhaps also the legal feasibility of a division?

Dore Gold, formerly Israel’s ambassador to the United Nations and currently director-general of its Foreign Ministry, has clarified that even though talks on dividing Jerusalem have already been conducted, and it is often claimed that “Everyone knows what a final settlement will look like,” Israel is not under any obligation to divide Jerusalem.

As Gold noted, both on the Israeli and American sides the possibility of dividing Jerusalem was considered under the assumption that “Nothing is final until everything is final,” and with the understanding that the subject would be completely removed from the negotiating table if a comprehensive agreement was not reached. For instance, former U.S. President Bill Clinton, who proposed dividing Jerusalem on an ethno-religious basis, stated, “These are my ideas. If they are not accepted they will drop from the negotiating table. They will go with me when I complete my term.” In 2001, the Bush administration told Israel that the Clinton Parameters had indeed been removed from the agenda. Former U.S. Secretary of State Colin Powell also confirmed during his tenure (in February 2001) that Israeli Prime Minister Ehud Barak had withdrawn his concessions on Jerusalem from the negotiating table.8

In an American-Palestinian meeting on September 16, 2009, in which Palestinian negotiator Saeb Erekat asked to resume the talks on the Jerusalem issue “from where they left off,” David Hale, deputy of U.S. Special Envoy for Middle East Peace George Mitchell, responded: “We prefer to begin anew, because there was no agreement and nothing is agreed until everything is agreed.”9

1 On December 4, 2014, Dr. Sabel confirmed to me that his conclusions remain valid today and that there is no change in the legal analysis he provided to the Jerusalem Institute before the Annapolis Conference.