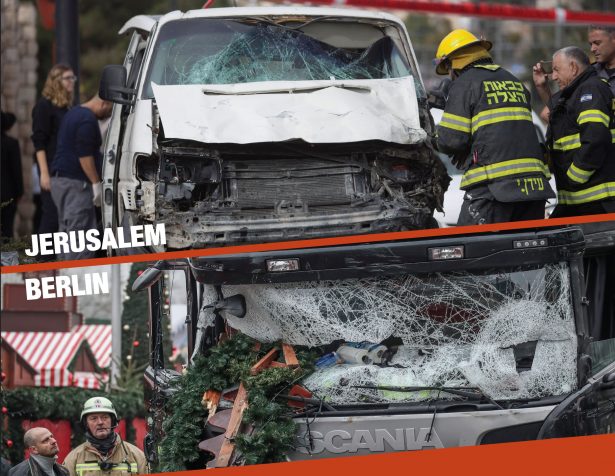 Effective solidarity among states has become a prerequisite for ultimately succeeding in the war of the West against jihadist terrorism. Yet, in the aftermath of the Islamic State’s brutal attacks in Paris during 2015 that left 129 dead, there began a discussion in the international media of whether the terrorist attacks against Israelis could be compared with the newest jihadist assault on European capitals. Recent events have challenged this European distinction. A cohesive military strategy is needed for the West, the Arab states that are threatened, and Israel. It stands to reason that, just as all three face similar threats, the models developed in Israel for dealing with terror merit attention in Europe and beyond.

An important component of Israel’s struggle against terrorism is its population’s psychology, resilience, and capacity to counter what has unfortunately been one of the characteristics of this state from its very origins: the constant attacks against civilians in the streets, public structures, cafes, and buses. How do the Israeli people overcome being on the front line against terror? The answer lies in Israel’s history, sociology, education, and social values, from which today’s vulnerable Europe can learn much.

Israel’s overall strategy of fighting terror is a comprehensive approach that was developed out of ongoing learning efforts. Understanding the goals and strategy of the enemy and the context in which it operates, and being agile enough to rapidly adopt adequate responses that build on former solutions, enabled Israel to become a world leader in the fight against terror.

Amb. Freddy Eytan: The History of the West’s Struggle against Terror

Understanding the history of terror in our region and defining Islamic terror is essential to overcome it. European attempts to defeat terror have their own challenges. From the vantage point of the Israeli approach to security, there are many lessons to be learned from the abundant and painful experiences that Israelis have undergone over the years.

The wave of international terror makes no distinction between European and other countries, nor between religions. It cannot be dismissed, justified or addressed through “political correctness,” which is interpreted as weakness and encouragement. International law calls for stringent and active measures against terrorists. Today’s massive incitement to terror uses modern technology and means of communication. It is a central component of terror. The international community needs to act to criminalize incitement to terror.

There are two pillars that are of a universal nature and are directly related to the life and wellbeing of all. The first principle is the right and duty of self-defense. The second pillar of military ethics of fighting terrorism, guiding warfare in Israel and other democracies, is the duty to respect human dignity. These two pillars are meant to be applied together under all circumstances. A conceptual framework is required in order to understand, explain, and justify practices Israel has used over the decades for facing terrorism.

Jennifer Roskies: Familiarity Breeds Respect: Awareness of Social Mores as a Factor in the Fight against Terror

Instead of beginning the battle against terror by naming its ideological source – radical Islam – too many voices in the West insist on elaborate euphemism or willful denial in order to avoid being branded Islamophobic. Israel employs no such illusions, thanks in great part to a familiarity with its neighbors’ customs and outlooks that has come with proximity. This familiarity itself and acknowledgement of differences forms an element in the society’s overall resilience.

Dr. Irwin Mansdorf: Israel as a Model for Coping with Terror

Israel is perhaps unique in that it has almost singularly experienced terror as a constant from the day of its birth. The phrase “living with terror” has no better poster child than the Israeli public. This article discusses the psychological challenge posed by terror and how to take the lessons that Israelis have learned over the years to create a meaningful response system to better deal with the challenges that terror presents to a society.

Counter-terrorism analysts must adopt different methods depending on the type of information desired. If done correctly, analysts can put potential terrorists under surveillance, track every move they make, both on and off social media, in order to get secret information.  The need to have access to such information is obvious in Israel, and Israeli companies have developed tools to secure this access, while in the West this issue remains unsolved. The Israeli approach is very clear; protecting life is more important than protecting privacy and the terms of using certain technologies.

The National Security Aspect of Fighting Terror
– The Israeli Experience

The History of the West’s Struggle against Terror

The Legal Response to Terrorism

Familiarity Breeds Respect: Awareness of Social Mores as a Factor in the Fight against Terror

Israel as a Model for Coping with Terror

Briefing for European Ambassadors on Israel’s Response to Terrorism - May 25, 2017